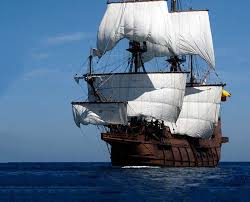 Last month I took part in an activity at a workshop in New York City on Cultural Competence that’s been haunting me ever since. The presenter, Vivian V. Lee, Ed.D. from Johns Hopkins University provided an adapted handout from M. Loden & J. Rosner’s book, Workforce America (McGraw-Hill, 1991) that opened my eyes to my family’s core values in ways that I had never experienced before.
The worksheet consisted of a Diversity Wheel – a circle within a circle that listed 12 category descriptions of an individual, such as your level of education, geographic location and gender. Participants were asked to identify and record a word that described their personal category descriptions. For myself, it would be master’s degrees, USA, female.

Next, participants were asked to record the complete opposite of their personal description. So mine would be no degrees earned, anywhere but North America, male, etc. A few minutes was provided to reflect on the recorded responses by thinking about:

how would the opposite from yourself identity be perceived and treated by society and by the individual
how different would your present life be compared to that of the opposite individual
how would you adapt in society as the opposite individual
I was shocked to discover that my polar opposite in most categories would be my maternal grandfather, Ivan “John” Kos[s] and great grandfather, Josef Kos[s]. Although they both had the same surname, these men were distant relatives. Josef was my grandmother’s father and John was her husband of an arranged marriage. So, my grandmother’s maiden name was the same as her married name (now that’s convenient!). But back to the exercise…

Both John and Josef emigrated separately from then Austria-Hungary, now Croatia, to the U.S. for reasons that so many emigrants continue to come – economic opportunity, freedom, a new start. Manual laborers with little to no education, limited English and no citizenship rights, these men, along with others like them, were the backbone of the United States’ economy for generations as continue to be so today. I never met Josef who died young; he caught the flu and passed away in 1919. Of John, I never heard one complaint from him about his status in society. Even after residing here for over 60 years, though, he knew he continued to be identified by a slur – I heard a shopkeeper once call him a D.P., aka a displaced person. Although he took a citizenship oath, would never be fully accepted and remained subject to distrust by those who fate allowed to be born here. Although I’ve become the opposite of my grandparents, I know they would have been very proud of my children and my role in society. They would not begrudge that I am not treated as they had been.

I reaped the fruits of Josef and John’s difficult lives. If you take a moment to think about your own roots, you most likely have an immigrant story in your family. It may have been as long ago as 1600 or just in the last decade. Your ancestors may have come of their own volition or not. It matters not when or how they arrived. What matters is that the hardship they endured afforded you comfort and security that was lacking from their point of origin. Perhaps it’s due to my childhood interactions with and knowledge of my grandparents’ life experiences that make me thankful for their risk in immigrating and I will always have a place in my heart for those who are so courageous that they would begin again in a new land.