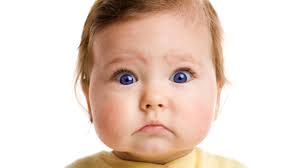 I recently read an interesting article about trending baby names. Supposedly, 36 baby names are endangered, meaning that they haven’t been registered since January 1st of this year on a website for pregnant women. Not that it means they are going extinct, mind you, but it does mean that families who frequent that particular website aren’t planning on using names that many of us are familiar with.
Here’s the list of names:
Angela
Bertram
Beverley
Cecil
Carol
Clarence
Clive
Cyril
Debra
Diane
Donna
Dean
Doris
Dennis
Derek
Duncan
Elaine
Ernest
Geoffrey
Horace
Joanne
Leonard
Maureen
Malcolm
Nigel
Neville
Paula
Roy
Sally
Sandra
Sharon
Sheila
Tracey
Wendy
Yvonne
Wayne
As a baby boomer, I went to school with lots of Carols, Debras, Dianes, Maureens, Paulas, Sallys, and Sandras. I have relatives named Joanne and Sharon. I work with Angelas, Traceys and Wendys. Dated a Wayne once – we won’t go there. Lived next door to a Beverly and Doris.

From this data I have a hunch that millenials may not be using family names as was the custom of previous generations. My mother is Dorothy because my grandmother’s sister was Dorothy. My aunt was Anne because that was her grandmother’s name.

I would be interesting to check the site for middle names. In our family, often the father’s first name becomes the son’s middle name. Maybe the names on the list above are being used that way.

You can read the article here.