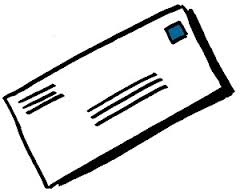 I definitely went old school genealogy this week and like back in the day, it worked! I’m still heavily researching my Duer lines and after meeting someone from Trumbull County, Ohio at a local genealogy meeting a few months ago, decided I should join from afar, the Trumbull County Chapter of the Ohio Genealogy Society.

On Tuesday I received the first newsletter in the mail and I was listed on the first page, along with other new members. In the back of the newsletter was a list of surnames that members were researching. No one was looking for Byrds and Duers but there were several who were researching Morrisons.

Now Morrison is way too common of a last name so I wasn’t counting on finding much for John and Eleanor (Jackson) Morrison but leaving no stone unturned, promptly emailed two of the three individuals listed. I’m going to have to go really primitive with the third person – no email address was provided but there was an address and a snail mail letter has to be sent.

I received email responses within hours and both were researching the same line! Serendipitously, one individual lives very close to me and mentioned th
at she recognized my name as she has followed my online trees for some time. It definitely is a small world! The other individual was a descendant of my Jane Morrison’s sister, Nancy, and she provided me information I previously did not have. I was not aware that Nancy had remarried after her first husband’s death which explains why I did not have a death date for her.

I don’t often blindly send emails anymore so I’m really glad I used this approach. Give it a try!