I have uploaded by DNA results to several sites and you could benefit from doing that, too.  The reason is simple – think about why you tested with the company you chose.  I tested with 23andMe because I wanted to find out the amount of Neandertal ancestry I  carry and that feature wasn’t available through the other major sites (Ancestry.com, MyHeritage.com).

Some folks may have selected a company based on pricing.  Others may have received a kit as a gift.  In the U.S., Ancestry.com commercials are everywhere but that’s not necessarily true in other parts of the world.  You stand the greatest chance of maximizing your DNA results by uploading them to sites that accept results.

Last week, I received an email from MyHeritage.com that I have several new DNA matches.  Typically, they are 3rd to 5th cousins that I’ve connected with in the past.  This time, was different.  Luckily, I recognized the surname as one of my maternal line’s great grandmothers of which I have scant information as she had died young in childbirth.

Immediately, I clicked on the “cousins” tree which only contained 10 entries, most of which was private but I could see the geographic region and I knew that this proved promising.  I wrote the cousin an email and was happily surprised when he responded a few hours later.  We wrote back and forth all week.  The irony is that he lives just a little over 100 miles from the homestead but has no knowledge of the family.  Why?  His grandfather had relocated the family during World War II and never spoke to his children about the family’s history.  The grandfather died a few years before the cousin I was corresponding with was born so he could never ask him directly.  There is now only one elderly relative, in his 80’s remaining.  He plans on taking my family stories to the elder.  I’m anxiously awaiting his knowledge.

No telling what you might discover from connecting with a family member across the pond!  DNA matching makes it easy and inexpensive. 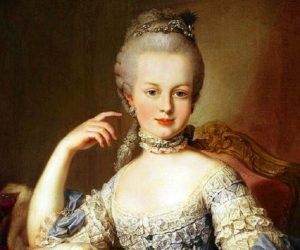 I got the results of my Helix-National Geographic DNA test back this week. I had sent it off the day after Christmas at the same time two family members mailed their samples to Ancestry.com. Ancestry had the results back 3 weeks ago so I patiently waited my Helix analysis.

If you’re planning to test with Helix, please know that you will not discover any matches – these results take you back thousands of years instead of the past few generations. I purposely wanted to see if the findings were similar to the mitDNA Haplogroup results I got about 8 years ago from Ancestry and more recently, from 23andMe. They were basically the same and also confirmed my Neandertal ancestry that 23andMe had found last summer.

Alas, I had no Denisovian which I suspected I might have since they were known to be in the Siberian/Mongolian/China regions. My thinking was my eastern European genes might have come from way east in the distant past but I was wrong.

My favorite part of the results was the interactive web timeline. It’s a nice touch to have pictures of all ages of people and the countryside pop up with the description of when your ancestor resided in the region. Think National Geo Magazine and you get the idea of how well done this is. The migration pattern is also clearly shown and as I’ve blogged about many times, follows the family lore that’s been passed down to me. (If I could only figure out why my family can’t get the stories of the last 100 years right but can remember things from thousands of years ago I will never know!)

You do not get to download your chromosomes to upload anywhere else. I didn’t need that as I’ve already tested with companies that provide that result but that may be important to you so keep it in mind.

My family thought the link to genius was the most interesting result. Personally, I thought it was meaningless as the connections are far removed. Hubby thought it was just phenomenal so, shhh, I bought him a kit for Valentine’s Day. It was on sale and even less expensive than what I paid for it at Thanksgiving. I figure he’ll get the results back by his birthday so he can gloat over his genius cousins. My prediction is that we’re going to have similar findings since our lines have crossed several times in the last 300 years in various parts of the world.

One of those “geniuses” and they qualify how they came to define the word, was of course, Marie Antoinette who shows up in every DNA test I’ve ever taken. I’m thinking I should probably investigate exactly where that connection is so this summer, I’ll be heavily researching my Croatians which, at the time my ancestor’s resided there, was Austria-Hungary. Marie was born in Vienna, Austria. My maternal lines were in the military for generations so I suspect they traveled throughout the region. For displaying valor on the battlefield, they were titled and that’s where I’m going to start my research.

Funny, for years I’ve had the stories and tried to validate them by uncovering the facts. Now I have the DNA facts and I’m trying to find the story. Genealogy upside down!

Since I last blogged I explored Gedmatch. It was simple (and free!) to use and I highly recommend it. Here’s how:
First watch the Youtube video Gedmatch Basics. There is no handout but you really don’t need one.
I had already created an account on the site but if you haven’t, you can make one as you’re watching the video.
Once you’ve logged in to Gedmatch, look on the right side where you’ll upload your DNA files. I had one 23andMe and one Ancestry to upload and compare.
If you’re not sure how to get your DNA files, don’t worry! The video and the Gedmatch site will direct you to the provider and step you through downloading it to your computer and then uploading it to Gedmatch.
Now you’re ready to analyze what you’ve uploaded. Not all features are available immediately but that’s okay, what you’ll be most interested in is the 1 to Many which compared shared DNA to everyone who’s uploaded on the site and the 1 to 1 which compares two people. I was interested in 1 to 1 as I uploaded my son and my results.
Your options to view the results are position, graph or position with graph. I chose position with graph. I like seeing the color comparison; my son preferred the position table only. See the picture at the top as that shows what you’ll see for position with graph. The yellow denotes the match from person 1 to person 2 is half, the green are full matches. There’s a lot of green looking at all 22 chromosomes and the rest yellow as our relationship is mother-son.
Check the bottom of the data to see the estimated relationship, how many segments matched and the largest matching segment.
There are other analysis tools available which I haven’t checked out. I plan on doing that when I get my daughter tested as I’d like to compare her to my son.
DNA offers continue this week – Ancestry and FTDNA both have promotions for $69.00.

We’re still waiting for hubby’s results to be returned from 23andMe.