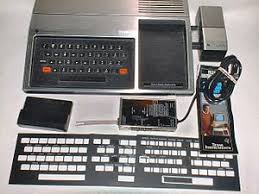 One of my local libraries was spring cleaning and decided to give away back issues of old magazines. I picked up a few of Ancestry from the late 1990’s and last weekend, decided to sit outside to enjoy our beautiful weather and page through the September/October 1999, Vol. 17, No. 5 issue. Holy Smokes did it jar me!
The main feature was a story entitled “Victorian Rites of Passage” which focused on changing burial practices. Interesting but nothing new. In fact, I remember reading the article back in the day. I was about to just move on to the next magazine when I decided to thumb through the rest of the issue. Glad I did as I paused at “FamilySearch Online: The New LDS Web Site.” I had to stop and think for a moment. Has it really been 18 years since FamilySearch has been active online?! That was my go to place then and continues to be so today.
Genealogy has moved by leaps and bounds since home computers became a norm and we have continued to adapt to the changes. Prior to 1983 when my husband purchased our first home computer, a TI/99 with a genealogy program on a cartridge, all my work was handwritten group sheets and pedigree charts. I diligently typed the information into the computer program while I was pregnant with my first child. We had no printer so I don’t have a printout of those records but it did help me neatly organize names and dates.
By the time our second child was born a few years later, we had moved on to a Compaq system with a printer. Genealogy software in the late 1980’s and 90’s was primarily CD-ROMs which were pricy and always on my birthday/Christmas list.
As educators, my husband and I had FIRN accounts, a text only email and list serv, that we had used beginning in 1994. That was strictly for the education world and no genealogy information was available. Thanks to the free software at Kmart while back to school shopping, my family went America Online (AOL) in August 1995. I remember the date because our oldest had started middle school and wanted to know if we could also get a fax machine so she could fax group assignments to peers. We bought a HP printer-fax-scanner that lasted for years. That was the machine I used to scan all my family photos and documents.
There was little genealogy information available online during those days and I used the internet mostly for the AOL interest groups or emailing distant relatives mining for information. Most of that was done late at night as we had dial-up and if we were online, the home phone was out of service. We got our first mobile phone about that time but it was hardwired into our car and looked like a home phone of the day – cord and all!
I’m not sure when I first downloaded the LDS’ free Personal Ancestral File (PAF) but I remember grumbling about having to re-enter all the data that was stored in the old cartridge program. The Ancestry article mentions the release of PAF 4.0. I used PAF, World Family Tree and Ancestry Family Tree at the time. These were pre-Gedcom days. These were pre-smart phone days. These were limited search engine days. These were pre-gotomeeting days. These were pre-facebook-twitter-linkedin, etc. days.
Wow, isn’t it amazing how far the genealogy world has progressed in less than 20 years? Think about how far we’ve yet to grow. How exciting!