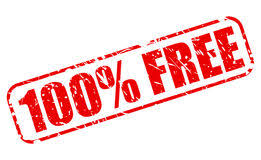 Not everything in life is free. Genealogy can be expensive, however, IMHO, it has become much less expensive than at any time in the past. Folks who don’t want to spend money on a subscription can use the library edition of Ancestry.com at their local library. Sure, it’s not the same as an individual subscription but it suffices for the hobbyist. Familysearch.org is free to anyone who create an account. There are lots of records available for no cost online but we are far from the day when everything is available on the web.

Last weekend, my local genealogy society offered it’s family help day. Seven of us spent the afternoon assisting interested folks in overcoming their brick wall. Maybe because it was such a beautiful spring day, our turnout was much lower than usual. I only assisted 2 people all afternoon.

The first woman I assisted had a lengthy handwritten letter written in the 1960’s that contained EXACT QUOTES purportedly said by a Revolutionary War patriot. We talked about kernels of truth in family lore and how it was unlikely that the letter writer had firsthand knowledge of a conversation that occurred nearly 200 years earlier.

Since the woman wanted her granddaughter to join the DAR, I went to their nifty ancestor search and lo and behold, there were several women who had joined based on the named individual. She was delighted. I provided her with the contact information for a local chapter that assists interested people at a nearby library. I then explained what she would need to bring them – her granddaughter’s birth certificate, her daughter’s and her birth and marriage record, and back to whoever the last connection to the DAR member was. She was reluctant to have to pay for any vitals. Unfortunately, there just is no way around that.

The next inquirer had done extensive research and I was pleased that he had brought it with him. He had three needed items – a probate record, a naturalization record and a marriage record. He knew where and how to obtain the documents that were not online. He just felt it was unfair to pay a New York City church $50.00 for the marriage record, the District of Columbia court for the probate record and the US Federal government for the naturalization record. He inquired how he could find a back door for the records. There isn’t one. The owner of the records sets the price based on how they value the record or the cost they believe they incur for someone to go in the archives and retrieve it. He was not happy to hear that. I suggested he prioritize which ones he wanted to obtain and pay based on his need. I also recommended he ask family to give him those records for his birthday, Father’s Day and other holidays. He laughed. Truly, family never knows what to give those interested in genealogy. I’m sure they’d be happy to help in giving a gift that is truly meaningful.

Both of these folks did not have a brick wall; they had a reluctance to spend money on a needed record. Sometimes, you just have to pay to get what you need.