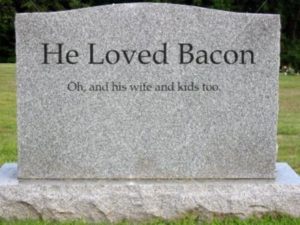 Maybe due to Halloween being just around the corner, I was engaged with friends in a conversation about life expectancy. The Social Security Administration has a life expectancy calculator available. Mine happens to be exactly to the age that my great grandmother was when she died. Now this calculator does not take into account your current health, habits and genetics.
I decided to make a mini-pedigree chart based on just my husband and my ancestor’s names, age at death, and cause of death. I went back 5 generations as that takes me to some of them being born in the late 1700’s. I chose that time period because it was pre-industrial revolution and most were living an agrarian lifestyle across the pond. I was trying to do pluses and minues, such as that was not a rushed society, however, if the crops failed it was extremely stressful. We have antibiotics but we also have pesticide residue. I decided the benefits and losses were about equal.
I truly only had 3 generations of definitely known causes of death with a few several times great grandmothers clearly dying during childbirth. Since that’s not going to be my cause of death I zeroed in on the remaining possibilities. Most I could do something about – I could take the flu shot every year; my maternal great grandfather died in the 1918 influenza pandemic. When I get to age 65, I can take the pneumonia vaccine as I’ve had several grandparents die from that. I can watch my diet and exercise to keep my heart in good shape. Not much I can do about the Alzheimers Disease other than keep my mind stimulated.
What really surprised my husband and I, though, was the proof that we descend from a family of klutzes. I’m serious! We have had several grandparents die due to accidents – falls from platforms, falls from ladders, and two railroad accidents. Being careful really isn’t something you think about in regards to longevity but in our cases, it is important.
I challenge you to look through your data between now and the New Year as it’s almost time for those genealogical resolutions. Analyzing your ancestor’s cause of death is an important legacy. Learning from their mistakes can result in a long and happy future for you. 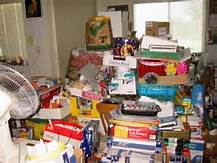 I came across the following article in the Washington Post this past week and I had to share it with you – Americans are Pack Rats. Yes, we are! I had read this shortly after blogging an article for another genealogy organization about an experience I had with a pack rack relative and my frustration in not being able to locate a photo because I kept getting the response, “Well, it’s around here somewhere.”
My genealogy is well organized but occasionally, I have difficulty putting my hands on something I know I have. My most recent mysterious disappearance is of 2 handwritten letters for the eBook I’m currently working on. I’ve transcribed the letters but for the life of me can’t locate the originals. I’ve always kept the entire set together in the same order that I scanned them. After scanning, I transcribed the letters in order. The first letter and one written 13 months later have disappeared, along with the scan. The transcription remains. I’m considering this my Spooky October Happening as I have one or more each year; some unexplainable genealogical occurrence that is just weird. I’m hoping by November I can recover the documents.
But back to the article, I’m thinking that if the author’s approach is culturally established, it sure explains why my husband’s side didn’t have a lot of hand me downs. I’m still searching for a pic of his great grandmother, for goodness sakes.
I understand the article’s author’s motives but I think that I’d like to continue to use the family china until I’m either unaware of my surroundings or die. I wouldn’t want it pitched after my death so I think some items just ought to stay with the current owner until the very end. I use the label system. On items that have family value, I’ve placed a label on the bottom with the name of the original owner. That way, my descendants can easily identify that it’s an item that had significance. Whether they pitch or not is up to them. Knowing my family, they’ll keep it or pass it along to a family member who would continue to value it.
This isn’t a pleasant thought but end planning is necessary long before your life ends. 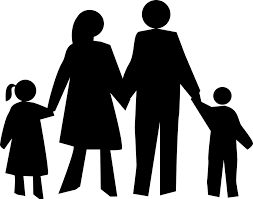 Yesterday was our local genealogy group’s Family History Support Day. We had a wonderful turnout – larger than ever! The free event matches people with no genealogy experience with a researcher who can help them get started or provide ideas to overcome a family mystery.
A few of the folks I helped were stunned by the results. The DNA testing companies now include a warning but I’m thinking all genealogists might want to do so. Uncovering family secrets is often hard to deal with.
Here’s the 5 pieces of info I uncovered that I had to share with visitors that left them rattled:

In five hours, five ah ha moments that shook folks’ core beliefs. Genealogy is definitely not for the faint of heart. 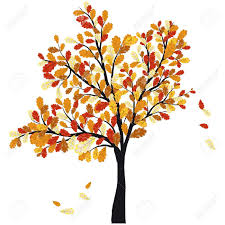 Since 2001 in the U.S., Congress deemed October as Family History Month. If you’re new to genealogy it’s the perfect time to get acquainted with your local society as many offer free events that will help you get on the fast track. Next Saturday, my county group is hosting a get started event at a mid county library. A neighboring county has provided free scanning of heirloom photos and documents, overcoming brick wall help and youth activities to get the next generation involved. How to find these events? Check your local library and historical museums, the newspaper and Facebook.
If you are a well seasoned genealogist then it’s your turn to step up and assist at one of the offered events. Sharing your expertise, I’ve found, is rewarding on so many levels. You’ve exercised your brain muscles and experienced the joy that comes with helping someone solve a mystery. You may even find a connection to your own family!
If you’re unable to attend an upcoming event, you can celebrate in a variety of ways. This year, by posting my husbands, adult child and my dna on several sites, I’ve connected with many 2nd and 3rd cousins I would never have been able to do locally. In just the past 2 weeks, I’ve had 3 photos of my dad from World War II mailed to me. I’d never seen these photos before and would never have viewed them if I hadn’t posted my dna results. Last October, a family member of my mother’s closest friend found me online and sent me a copy of my wedding announcement. Sure, I had one, but it was special to know that someone besides family had treasured it for over 40 years. Over the summer, a cousin on my husband’s side was preparing to renovate and discovered letters that had been sent to her grandmother that were written by my husband’s grandmother. She mailed them to us. I highly recommend having your dna done and posting it but be forewarned – if you aren’t able to emotionally handle the horror that might result in finding out you aren’t who you thought you were then skip the test! Ironic, isn’t it, that Family History Month starts with warm autumn days and ends with Halloween night.
Another celebration idea is to pull out your old photo albums and using a stickee, tab the pages with 12 of your favorite photos. I’ve used them in a rotating frame in my office as they make me smile and put me in the right mood to research that particular line. If you are a paper calendar type, then use the photos to replace the ones that came with it or have a company make one professionally for you. Sometimes you can get bulk pricing with the extras being given as family gifts for the upcoming holidays.
Last week I wrote about heirloom cookbooks. If you checked any you own, make a dish this month that your family had enjoyed. You’d be surprised how the smell and texture of food can bring back an old memory and just might provide the hint you need to move forward with your research.
Three simple ideas for the three weeks left in this month (where is the time going?!) Enjoy! 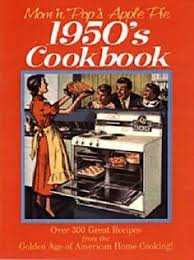 Do you own a treasured family cookbook? I have several from my maternal grandmother and my mother-in-law. We don’t think of these hand me downs as genealogical gems but they are! Take the time to look through each book carefully. I love the dedication that my mom and aunts wrote to their mom. They always noted the holiday – Mother’s Day, birthday or Christmas – and the year the gift was presented.
A dog eared page or starred recipe tells much about the previous owner’s family, as well. I come from a long line of sweet toothed individuals and the favorite recipes of old confirm my sugar cravings.
Sometimes you might find a letter or note that was used as a bookmark. Family relationships and residential addresses can be gained, along with some family gossip.
If you’ve obtained community cookbooks then you may win the genealogical prize find. This type of cookbook combined submitted recipes from members of a local church or civic organization. Not only will you confirm your family member’s name and group affiliation, you’ll also identify their favorite food. Not sure if you’re family member’s cherished recipes were included? Visit vintagekitchenheave.etsy.com and omnivorebook.com. Look for the time period and location where your ancestor resided. For a low price, you might just discover tasty morsels both edible and historical. Bon Appetit!