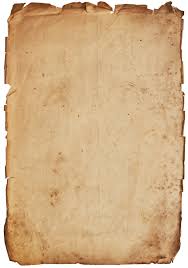 Memorial Day Weekend is here in the States! As many reflect on their deceased loved ones I’m pondering those loved ones’ records. Why? In my area, we’re under the first Tropical Storm warning of the year (and Hurricane Season doesn’t begin until June 1st) and a flood watch.

Records loss happens to all of us. That misplaced paper receipt to prove the warranty is still valid, the disappearing paper estimate that the roofer left or the W2 that you never received in the mail from a former company is frustrating. We’re fortunate that today there’s technology to help us with work arounds to obtain the missing document. Unfortunately, that’s not the case with records of past generations.

You’re probably tired of hearing the importance of preserving your acquired ancestral documents. Backing up my data is as fun as going to the dentist. Although I love my dentist and his staff, I don’t love the dental experience. I know that it’s important to keep my teeth and gums healthy so I continue to make and keep my appointments. So why do I have such a hard time with keeping my genealogical records updated and safe?

If you’re like me, scanning and saving those documents are just not as fun as hunting down the record. I have to admit that I have, on more than several occasions, had to refind a document that I needed and that definitely wasn’t fun. I thought, if I got into a routine like I do with brushing, flossing, and gargling, I’d be set with my record saves. I just realized that my genealogical process still needs refinement as I tried to locate a death certificate I could have swore I had placed in the Cloud and it just isn’t there.

I want my records to be readily available when I need them. Standardizing my File Name system helps, as does the lovely Search function on Dropbox and OneDrive. Yes, I use both. Paranoia may destroy ya but I believe putting my tree in one and my records in another protects the information in case one of the company’s system fails. (I used to use CDs, DVDs and thumb drives but I’ve abandoned those for Clouds since my latest technology doesn’t have those functions available).

Now my plan is all good until the weather takes a turn for the worse like today. Late last summer, I had no electricity for several days. Granted, accessing my genealogy was not my priority at that time, but when the power goes out and there isn’t impending danger, I still want to continue with my genealogical work. I’m thinking that I should be making a hard copy of online finds so I can work off the computer in times like those. I also need to recheck my existing hard copies and make sure that I’ve scanned and saved every document so if disaster strikes, when life returns to normal I can pick up where I left off. To insure I do this, I selected a line a month to check on. I’ve penciled a day on the calendar to make it official and hopefully, I’ll not cancel that appointment.

Happy New Year! Out with the old and in with the new but before we do that, let’s take a look back at the most read Genealogy At Heart posts from last year in descending order and a tie in 4th place:

10 VivaVolunteers! A Unique Opportunity for You

6 My Grandfather’s C-File Has Finally Arrived!

4 Perseverance Amidst Adversity – The Ancestry of Three George Harbaughs

If you’re on the east coast of the U.S., get a cup of cocoa, stay warm and enjoy re-reading these blogs.

Next week, I’ll rank articles that I did for other publications in 2017. 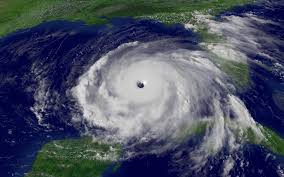 Happy Labor Day Weekend and the last long weekend of summer. It’s my 40th wedding anniversary, too. On a not so happy note, it’s our 32nd anniversary of losing everything in Hurricane Elena. We spent that wedding anniversary camping out at North East High in St. Petersburg, Florida with our oldest child and my mom. Like Hurricane Harvey, the mega rain maker, Elena decided to park herself offshore where she rotated away for several days. It was the rain that did the most damage.

That life experience made me relate to a recent Washington Post article that asked victims of Harvey what they took with them when they evacuated. One woman had time to grab her lipstick, another, just his medicine. For people who have been fortunate enough to not have to evacuate quickly from a life threatening situation those answers might seem ridiculous. I can assure you they aren’t.

I overheard someone in the checkout line yesterday decline to donate for hurricane relief because he said the people should have taken precautions. I interjected that the initial recommendation had been to stay put and not evacuate. He considered that and then replied that they should have put together items they needed when they realized the severity of the situation. Clearly, this man never lived through a disaster.

In our case, we had sold our first home the Sunday before the storm. With the pending contract, we spent the following days looking for a new one which we found late Friday afternoon. We placed a contract on it and went out to dinner to celebrate. We had heard weather reports of a disturbance in the Gulf of Mexico but like so many others in late summer, the fickleness of the tract didn’t cause us to worry. We had lived in our home for 7 years and experienced minor street flooding but nothing more serious than that. We went to bed early, skipping the late weather report.

Close to midnight, we were awakened by the sound of a fire truck siren and a loudspeaker announcing, “Prepare to evacuate immediately.” This was pre-cell phone days and reverse home phone emergency contacts. Following the fire truck was a police car. We were told he needed the names of our next of kin in case we chose not to leave. We made the instant decision to go.

So what do you take? We grabbed a suit case and threw underwear, socks and a few changes of clothes. We didn’t even think about a toothbrush. I put a few books and toys in a grocery bag for our daughter. She went into the car seat first and was followed by the cat in a pillowcase which I held on my lap and our lab, who was the only one who was happy about a late night car ride. We drove to my mom’s and discovered she was also being evacuated so she crammed into the car and we headed to the high school. Mom had thought to pack snacks.

Did I take any insurance papers, family heirlooms, or cash? Nope. I had my driver’s license in my wallet with a couple of bucks. The car wasn’t even filled with gas and it didn’t occur to us that electricity was needed to operate gasoline pumps. Duh! When confronted with an emergency, fight or flight kicks in. All the long term planning in the world gets down to what can you take in an instant. If you’ve never experienced that I hope you never do.

We returned to our destroyed home 5 days later. The flood waters had receded leaving tell tale water lines on the walls, particle board furniture that had collapsed, broken windows from wind damage with curtains blowing outside, and soggy smelly carpet. Nothing is spared. Think of your kitchen and bathroom cabinets sitting in 3 feet of water for a day. Now imagine it for even longer. My husband’s grandmother’s wicker doll carriage was destroyed, along with my paternal great grandmother’s china sugar bowl that had fallen to the floor when the hutch collapsed. It’s not pretty.

Thankfully, the camera was high up on a shelf in the closet so we could take pictures for FEMA of the damage. Our important paperwork was also spared as it had been kept in the top drawer of a file cabinet in our home office. Pure dumb luck! We weren’t so lucky with the home sale, though. The buyer of our home cancelled the sale. FEMA lost our paperwork which included the pictures and we had to resubmit (hooray for negatives). We had no electricity for 2 weeks so my daughter and I stayed at my mom’s while my husband guarded the home with the dog as looters were coming out as bad as the critters. Disasters sure bring out the worse in humanity.

I swore I’d be better prepared next time. Technology has definitely helped as I’ve scanned every photo and document in case it doesn’t make it through the next time. Those items are saved in a cloud, on CDs that I’ve given to several individuals and on one that is in my plastic tub where I store important paperwork. If there’s time, I can take the plastic tote and if not, hopefully, the contents will be safe until I return. I haven’t been able to find a fireproof device but that would be best option.

Now that I think about it, it’s almost miraculous that any object survives to be past down for more than a generation or two! That thought makes me treasure what I’ve received and marvel at the historical events that have item has survived. If only they could talk! 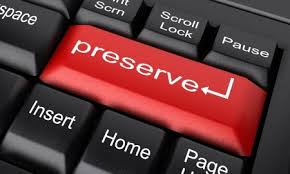 At the recent National Genealogical Society conference, there was a lot of chatter about preserving your genealogical records after you’re gone. I have to disagree with those that say if you don’t cite your work it will be tossed. I don’t know about you, but my family could care less where I find what I find. Unless the finder has been bitten by the genealogy bug, no one will understand the importance of citing and analyzing sources.

That said, I’m definitely in favor of following the standards. I think you should do the right thing but that is not going to save your years of effort from other destruction by surviving family members. I firmly believe there is only 3 ways to make sure that your research is preserved but you must plan ahead:

Donate your work locally and/or electronically so that future folks you don’t even know can benefit. These are the people who will not value your work if you didn’t follow the standards soundly.

Publish now and get your work in as many hands as possible. It’s quite simple to publish an eBook or you can print from whatever word processing program you use and have copies made at one of the big box office supply stores. Just type “how to publish an eBook” in amazon.com’s search engine and many free books are available to get you started. The holidays are around the corner and who knows?! A recipient might just get interested.

Getting a family member hooked is not as difficult as it sounds. The idea here is to match the living person’s passion to an ancestor. My kids could care less about their Great Grandma Elsie’s china. I understand that; we’ve used it for years as they’ve grown so it’s not so special. Will it be preserved? Most definitely, but it’s just not that exciting to them. On the other hand, they’re into medicine and research so learning about the life of that great uncle doctor in the 1800’s and a 5th great grandfather who was a chemist really gets them listening. The old tool box is a draw for our son while the old thread is a tie for my daughter to her 2 x’s great grandmother. An attachment develops when you can relate so find the connection and you’re work is safe!