Skipped blogging last weekend because I was consumed by work from my other job – lots of teaching units were cut in my district and I was tasked with making new schedules for students.  Planned on blogging yesterday and got attached by wasps so my hand is swollen and I’m typing with only one hand now so this will be short!

Did the Tombstone Cake work in helping me find new info on my brick wall ancestors?  Sort of!  I ended up selecting Hannah Byrd, one of my paternal 4th great grandmothers, who was born in New Jersey and died in Ohio.

With all the way to spell Byrd – Bird – Burd – Berd, it’s always made the search difficult.

My mistake was thinking that she was born in Sussex, New Jersey as that is where her husband’s family was from.  I decided to research the only other Bird that lived in Trumbull County, Ohio at the same time she did and discovered he was born in New Jersey but not Sussex.  Looks like his father was born in Sussex but moved shortly after marrying to southern New Jersey.  So I’ll be following the trail to see if I can connect the two as they are about the same age and could be siblings or cousins or not.

Funny, though, I decided to randomly pick a Kindle free book for October and chose Spellbreaker, a fiction story about a young witch in London who does not cast spells but breaks them.  Sort of like a female Robin Hood who helps the peasant farmers when the Baron claims they never paid rent and have to repay.  Had to laugh as one of the main characters just happens to be from Barbados.  My goodness, those Hollingsheads just won’t let me move on! 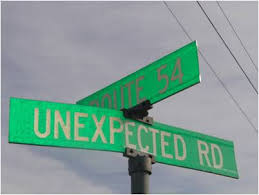