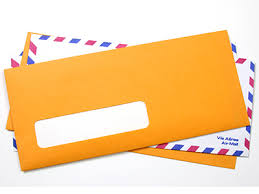 Synchronicity is the occurrence of events that relate but the connection was made in an unexplainable way. I’ve written about odd happening with my genealogy many times before. Sometimes I randomly start up a conversation with an individual and discover we’re related. A wayward email or a post from long ago (remember mail list servs?!) finds there way to me and uncovers the key to long sought after records. I’m in an archive miles from where my ancestor lived and something pops in my mind to check an individual out and discover records there that shouldn’t be. Those eebee jeebee occurrences are indeed special!

I realize that all of us humans on planet earth are related; sharing something close to 99.5% DNA. Perhaps the following true story is not as weird as I see it. You be the judge.

My primary job is still in the educational arena and that’s where the occurrence I’m about to describe happened in mid-January. The flu hit our workplace hard the first week of January. One of the individuals in a supervisory capacity went from flu to bronchitis to pneumonia over a 2 week period. While home recuperating, she received in the US mail a piece of junk mail from Reader’s Digest for a man she supervises.

I don’t know about you, but I weekly get someone else’s mail delivered to my house so this is no big deal, right? Wrong! The two do not reside in the same neighborhood. In fact, they don’t even live in the same county. The names of the cities where they live are not similar and neither is the street address or zip code. The envelope was not stuck to another. The supervisor who received it does not have a last name alphabetically close to her employee so that wasn’t a reason for the wrong delivery.

Upon receiving the letter, the supervisor texted the employee that he might want to stop by her home after work to pick up his mail. He responded, “Huh? What mail.” She then took a pic of what had arrived at her home that day and sent it to him. The address was clearly typewritten showing his first and last name, home address, city, state and zip. Typically, his mail is delivered to a post office box. He called his local post office and spoke with the postmaster for an explanation of how this could have happened.

The postmaster said he couldn’t explain it. From where the letter was mailed, it would have arrived at the Tampa International Airport receiving facility where it would have been sorted. It would have then traveled by truck to the county where the man lives to be further sorted and delivered to his local post office where the employees should have put it in his pick up box. The truck from the airport to the county post office would not have been the same vehicle that carried mail for the person who received it since she resides in a different county.

The postmaster could offer no explanation in how it went through 4 sorts (the airport, the county facility, the local facility, the home mail delivery person) and no one noticed it was headed for the wrong destination or how its final arrival was to someone who knew the person well.

Both supervisor and employee have endured a lot of ribbing about the universe wanting to connect them personally. I’d be tired of hearing how they should purchase a lottery ticket or take advantage of the junk mail offer. Certainly weird things happen and perhaps there is no hidden message to uncover here. We’re still talking about it 3 weeks later so I said I’d put it out there to cyberspace to see if someone can come up with a rational explanation. Any ideas?