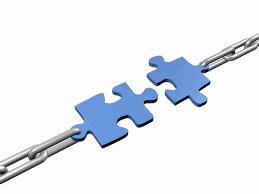 I’ve written before about the odd experiences I’ve had when I research my Duer line (to read – type Duer in the search box on my website GenealogyAtHeart.com). I just had another one…

Earlier this month, someone found my Duer info that I’ve posted in numerous places online – my website, Ancestry.com, MyHeritage.com, FamilySearch.org, FindMyPast.com, and emailed me as he is a descendant of John P and Susannah Miller Duer. We’ve been exchanging emails and he has been in contact with another distant cousin who has had DNA tested through Ancestry.com. She compiled a very nice DNA chart of the descendants of John and Susannah.

On Friday, I received an email from a third distant cousin who is trying to find info on one of John’s sons, Joseph, who has been rather elusive. At the same time she was emailing me asking about additional info, I received the email from the first cousin with the chart made by another cousin who just happens to be descended from this Joseph.

My descendants have tested through Ancestry (I did 23andMe), so I logged on and just found another distant cousin who recently tested. I emailed her to include on my interested in Duer research list.

It wouldn’t be seem much of a coincidence since I’ve written extensively about the Duers and I have so many public trees out there in internetland. What makes this odd is after close to 200 years, I get 2 emails from descendants who haven’t been aware of each other on the same afternoon. I just love how technology has enabled us all to reconnect!