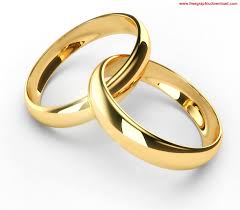 Last week, I wrote about MyHeritage’s backing of a study recently published in Science. One of the questionable findings was that the number of cousin marriages decreased after 1875 due to changing societal norms.

After reading the recent article, Sonoma Teen Tyler Sievers Discovers 20 Half Siblings, my first thought was marrying a cousin wasn’t such a bad thing when compared to possibly marrying a half sib (you didn’t know was your half sib). Sure, that’s not what happened to Tyler but the possibility of that occurring is greater today than anytime in the past. Tyler’s (birth) father donated on both the east and west coast. That means, he has a population of children on both sides of the U S and so far, only 20 have been identified. It’s not far fetched to believe that these children could meet and fall in love. Their mom’s selected the father based on information provided that they liked. It’s not a stretch to think that they would have other habits, beliefs, and commonalities in their raising of the resultant offspring. People tend to hang out with those like them and in sharing friends the circles increase. Social media makes it even easier. Online dating even more so. Thus, an increase in half siblings finding each other, marrying and having children is a real possibility

This got me thinking of what the family trees of these children would look like. I scoff when I see a chart that has a family with 20+ children but I guess in the future, there could be fathers who do have great numbers of children.

Perhaps, in the near future, a blood test with DNA analysis will be required before a couple weds.