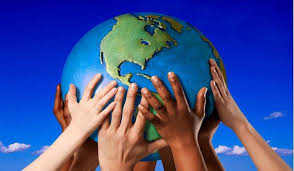 On Amazon Prime Day, I purchased 3 autosomal DNA kits – two from 23andMe and 1 from Ancestry. Seven years ago, hubby and I tested through Ancestry. He completed mt and y; obviously I just could do mt. Ancestry has long since stopped supporting those test results although they are still available to view on their site. Back in those days, I never connected with anyone. My “closest” match was Marie Antoinette of “let them eat cake” fame. I was so unimpressed I decided not to upgrade when autosomal became available.

A second cousin of mine reconnected with me via Find-A-Grave and in our back and forth emails, had tested with National Geographic. We compared maternal Hapogroup and not surprisingly, were the same.

The more I read about dna, which was my genealogy goal this year, and since I am an only child I thought I could gain some additional info on my paternal side by taking an autosomal test. I also was interested in comparing my husband and his sister and then to our children. My plan was to purchase 5 autosomal kits. Sales had come and gone earlier this year – DNA Day in April, Mothers Day in May, Fathers Day in June. Due to our major remodel I figured I’d wait til November and give the kits as Christmas presents, thinking they’d be on sale. You can just imagine the excitement of my family members when I told them this was my plan. (I’m being facetious).

When I saw the price for 23andMe on Amazon Prime Day I decided I’d buy 2 kits for hubby and me since I had read it’s a good practice to compare results from different companies. I had wanted to do the full health tests but they were sold out. Later that day, Ancestry’s kits went on sale with a limit of 1 so I purchased it and offered it to my kids. My son lost the rock-paper-scissors (I am not making this up) so he took the test.

All of these kits were spit kits; our older tests had been cheek swabs. Personally, I like the cheek swabs more as they were quicker to complete.

On Thursday, Ancestry emailed that our son’s results were ready. Although the instructions said it could take as long as 6 weeks, the results were back in less than 2 weeks. I was quite impressed!

The results were interesting but not startling. Now I always knew he was our biological child so I didn’t anticipate any conflicts there. He had a unique look at birth so I knew he hadn’t been switched by the hospital. I just didn’t know if our ancestors had been faithful. I know that sounds awful but I always had a funny feeling that something was not quite right with a family member’s tale. One of my direct line ancestors had gone out west for 6 months. I personally felt that there was a child born out of wedlock but no one would ever confess to knowing more. Reading so many books and journal and newspaper articles lately about DNA surprises I thought I may have one of my own. If my hunch is correct the test results didn’t reveal it, possibly because no one has yet taken a test.

What we found interesting in the results was that it made our son eager to learn about his heritage. My kids grew up visiting cemeteries and old houses that ancestors had lived in long ago. We have many customs and foods that have been handed down, along with things that belonged to those long gone. None of that interests either one of my kids. What hit him was the DNA Matches. The closest match stating it was a 1st or 2nd cousin was his godfather’s brother. He recognized the name immediately and said, “Wow, now I know why you picked such a close family member.” The results were accurate – the individual was his 2nd cousin and we’ve always said our son favors that side of the family more than any other. It’s not just how he looks, it’s what he like and how he acts. He grew up far away from anyone on that side and only knows about them from occasional holiday notes. He is more open to learning about that line now that he has the results. Why? Because he’s the kind of person who is logical, analytical and very scientific oriented and the results proved what I’ve said for years.

The next closest matches were for two other second cousins on his dad’s side. Surnames of third cousin matches were also familiar and a mix of both my sides and his dads. He recognized the names and just kept saying, “Wow.”

The only Community Circle that he had was Pennsylvania which would be his dad’s side. You know I’ve blogged extensively about the Harbaughs and that would be them. Those lines came in the mid-1700’s and intermarried for several generations. It wasn’t until 1869 that they relocated from Pennsylvania to Indiana.

I should have expected the percentages of ancestry to be what they were – predominately Great Britain with lesser amounts of Scandinavia and Eastern European. Back in the day my husband’s results on his y included Chad but our son’s results did not. My husband’s old mt also showed Asian ethnicity and again, this didn’t show up in our son. We’re thinking that was the reference groups that had been used that are more refined now. Also, my husband’s haplogroups did have lines going from those areas.

Yesterday I uploaded the results to FTDNA and MyHeritage. It takes 24-48 hours to get matches there so I’ll write more if anything exciting is discovered.

Was spending $49 worth it? You bet! I’m looking forward to receiving my results soon.

I took a wonderful webinar through the Association of Professional Genealogists on Thursday evening on DNA and Ancestry given by Jennifer Anderson Zinck. Although my husband and I tested through Ancestry before their new tests became available in October 2014, our earlier results are still available through the DNA tab on the ribbon. I had thought Ancestry was no longer supporting their older tests so I was pleasantly surprised.

Understandably, the old results aren’t going to be a part of their new communities and circles. I decided to upload that old data into MyHeritage.com’s new DNA feature as they recently began accepting data from other companies.

To upload, click on the MyHeritage DNA tab’s dropdown “Upload DNA data NEW.” Click the pink box “Start.” Click if you are uploading your data or someone else’s. In my case, I was trying to upload my mtDNA. Then, click the Service Terms and Consent Agreement. Next, click the pink box “Upload.” Ancestry downloads the results as a csv file which my computer didn’t like. I converted it to an Excel file as that is what it is and uploaded it.

I called MyHeritage at 1-877-432-3135. Don’t get confused by the voice mail options! I wasn’t needing billing or accounting (1) or sales (2) and the third option, tech support, says to call back between 7 am -5 pm. Since it was 9:15 AM I thought the phones might be down. The message repeats twice but just hold on because you’ll eventually be placed in the queue for assistance. I was number 9 and the wait time was about 15 minutes.

I told the tech guy the process I had followed and it turns out that MyHeritage does not accept mtDNA or yDNA, only autosomal, which we hadn’t taken. I suggested that the type of test be written on the site to save phone calls and wasted time though autosomal is the way to go now and there probably aren’t a lot of folks like us who have older tests.

So, if you have an autosomal DNA test done at a competitor’s site, you might want to take advantage of MyHeritage’s free offer. Getting your data out to another site just might unlock secrets you never knew existed.