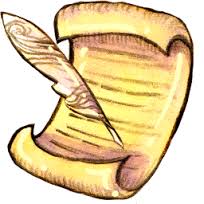 Originally published on genealogyatheart.blogspot.com on 18 Nov 2015.

Bullying is often an overused term to describe boorish behavior.  Disrespectful behavior alone, however, does not accurately describing a bully.  A bully is “a blustering browbeating person; especially : one habitually cruel to others who are weaker.”1  Habitually being the key word here, a bully must repeatedly and regularly act in a threatening way.

When a bully is mentioned most visualize a schoolyard thug or an overbearing boss.  But bullying isn’t solely dependent upon face-to-face contact; online bullying is rampant and the field of genealogy is affected.

On several occasions someone has tried to bully me online.  I don’t like to report people as I am a proponent of free speech, however, when an individual repeatedly threatens than I believe the individual’s right to free speech needs to be reined in by the online community.

I first encountered a genealogy bully in 2009.  I received an email regarding my public tree on Ancestry.com from a woman who claimed my documented 4th great grandfather was incorrect and that I needed to remove his name immediately or she would “take action” against my “fraudulent” posting.  I looked at the sources and they appeared to be sound – census, marriage, burial.  I wrote back listing the citations.  The woman responded without taking into consideration the information I had provided.  She then stated, “I intend to report you to Ancestry because of your negligence.”  Negligence?  “You are NOT related to me.” she added.  With an attitude like hers, who would want to be related to her?  I certainly didn’t!

At the time, genealogy was my hobby and I didn’t have the confidence in my work that I do today.  She had a title included on her emails that she was a historian with a genealogical society so I thought she had some degree of credibility and expertise that I was lacking.  I went back and looked again at my documentation.  The great grandfather’s name was fairly common so maybe there was more than one in the area at the same time and I had confused them.  I didn’t find any others, though.

I decided to save the information by disconnecting the parents from the child. That way, the offending parent’s info was still available as I didn’t want to make my entire tree private nor did I want to lose the documentation by removing the rest of the line. I could always find the disconnected people by using the “Find a person in this tree” search on the website.

Several years later I found further information related to the family.  I reconnected the parents back on my tree.  Sure enough, I received another email from the woman.  Again she demanded that I take down the information or she would contact Ancestry.  I responded that I was not going to take down the information as I believed it to be accurate and that I was going to post her emails in the comment section of my ancestor so that others could see her threats.  I reminded her that she had contacted me previously without objectively looking at my sources.  She didn’t respond and I doubt she ever contacted Ancestry as that seemed to be the end of it.

My next encounter with an online bully also happened via email through Ancestry.com.  I have updated all of the Harbaugh family since the 1947 text, Harbaugh History, was written by Cooprider and Cooprider.  I was contacted by a male who said he had been in an antique shop in California and discovered a photo of a Harbaugh I had in my tree.  He had purchased the photo knowing I would want to have it.  I replied that I would be happy to attach the photo to my tree and thanked him for contacting me.  He instantly replied that I would have to pay him for his trouble.  Whoa!  I never asked him to go to any trouble nor did I post a request for a photo. I responded that he might want to contact a closer relative as the photo was of a 3rd cousin several times removed.  Again, he responded quickly trying to make me feel badly.  It didn’t work, I reported him to Ancestry.

Unfortunately, he’s not the only antique store bully out there as I’ve been contacted several more times by individuals who demand a ransom for what they found.

I also tend to get contacted by people trying to make a quick buck who don’t understand genealogy.  Although this isn’t an example of bullying or stealing I think it’s funny how people try to get money from genealogists.  Here was the email exchange:
“Lori,

Can you please call me xxx-xxx-xxxxx. I think I have your Bible here… S”
I responded:

I’m not missing a Bible, S. Who’s Bible is it? Lori
The response:

This Bible contains names such as Jacob, Edwin, Delphene.

Hi! I have one Ortha Delphine Harbaugh in my tree. She is a 3rd cousin 3 times removed from my husband. You need to try to find someone closer to her to contact you. Lori
The Bible owner didn’t even provide a last name.  She found people in my tree with the names Jacob, Edwin and Delphene and writes to me saying she found my bible.  Must think I was born yesterday!

Photos and bibles in antique stores always sadden me.  They belong in a family’s home and not a musty store.  Yet, that does not make it acceptable to demand payment for a nonrequested action nor bully the person who refuses to pay for the item.  To me, it’s a take on kidnap and ransom.

My 7th great grandfather’s indentured servant record became available on Ebay awhile ago and I was contacted by the overseas seller to purchase it.  I downloaded the image shown on Ebay, attached it to my tree with the email as the source, and replied, “No, thanks.” He probably destroyed the original as there’s no record the document was purchased or attempts to resell. Since the record contained other individuals who had become indentured at the same time as my great grandfather it appeared to be a court log.  I have no clue how the seller obtained it but I assume it was stolen from the government archives.  Would I have loved to have had the original?  Sure, but I’m not going to reward someone monetarily who has stolen public records.  Do I know for sure he stole the document?  No, but why he’d try to sell an original public record that should be in an archive makes me suspect.

I can’t claim my interactions with the seller was bullying as he didn’t threaten me.  What I can say is that there are more and more people who are trying to prey on those who are interested in preserving the past.  Genealogists Beware!