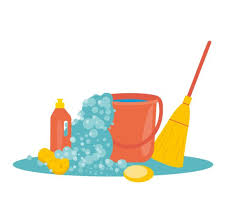 With our interior home renovations just about finished, it was time for hubby and I to clean the garage. Yuck! Everything we didn’t know what to do with, weren’t sure if we wanted to keep or it really belongs there got left in any available space. We were going to start working on it last month but we were just too busy. Last Friday was D-Day and we’re still plugging away. The heat, mosquitoes and never ending rain have made progress slow, not to mention the Craig’s List postings and removals that helped us feel better about tossing stuff.

I never thought cleaning the garage would unveil genealogy tidbits but it has. Our first “find” was an ancient mahogany chair that we’ve been dragging around from house to house for close to 40 years. My husband stripped it but never finished it as we never knew where to put it. I’ve got space now in the living room and told him I wanted to have it professionally refinished. He reminded me we have a mate in the attic. Completely forgot about that! That will go into the entry as it’s smaller. And this will be the only item we’re bringing back into the house (famous last words).

The chairs belonged to an unknown Harbaugh family member and we’re guessing it would be his great grandparents, George Frederick.and Margaret “Maggie” Long. I was hoping whoever I found to refinish them would be able to give me a rough age estimate, however, the price I got was $900.00 so it looks like I’ll be doing them myself. One chair hubby stripped 45 years ago so that’ll be a quick finish; the other, not so much.

For Father’s Day I bought my husband a large tool chest. He’s got a zillion tools, many that have been handed down. As he cleans and places them in his new chest, I’m hearing recollections of their original owners. He comes from a family of builders so there were lots of tales. It’s funny how objects – dusty, rusty and stained – can stir old memories from the brain. His dad’s WWII ammunition box held his extra trowels which reminded him of his dad’s attempt at securing bricks to build a fireplace right after the war. Dad enlisted the help of his youngest sister who helped him carry bricks nightly until they had enough to complete the job. Stuck to the ammo box was a magnet. I was surprised to learn that Uncle Carl once worked for a magnet factory and gave some to my husband to play with when he was a child. That was the first time I ever heard that story!

As the family historian, I thought I knew just about all of the stories but I was wrong. Next time you’re trying to learn more about your family I highly recommend cleaning the garage.