I read 2 articles this week (Thanks to the NEGHS Newsletter) that at first look appeared to be unrelated but as I processed the information, realized that they were indeed related. The first, Life span has little to do with genes, analysis of large ancestry database shows by Sharon Begley clearly surprised me. Not having a medical background, I assumed, wrongly it appears, that genes were a much stronger indicator to longevity. The article is also interesting in that the data analyzed most likely included my people and yours, if you are an Ancestry.com member. I have no problem with my tree info being shared for research purposes but if you do, and you didn’t take the time to read the disclaimers when you were signing up, you need to be aware that your information is being used by third parties.
The second article, ‘She was like a second mother’: the German woman who saved our Jewish family history by Simon Finch drove home to me how fortunate my family has been in leaving areas of unrest in the nick of time. Those that bravely fought for freedom, from Jacob Wilson Parrot,the First Congressional Medal of Honor awardee from the Civil War and my first cousin three times removed, to two Purple Heart recipients (WW I and II), George Bryant and George Willard Harbaugh, my husband’s grandfather and uncle, all made it home safely.
Family mortality has always interested me. Aside from the occasional accident, such as my great grandfather Frank Landfair falling off a train platform, to my Great Uncle Francis Earl Landfair, being struck my lightening while standing outside talking with friends, I attempted to deduce longevity by averaging the prior three generations of family members, taking into account gender, and adding two years for men and three for women to account for medical advancements. This seemed to work for both my maternal and paternal sides. I guess my data set was too small to make an inference.
I’d be interested to hear if you’ve looked at your ancestor’s longevity and drawn any conclusions. Let me know if you have! 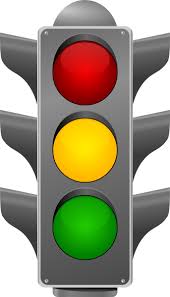 I was catching up on my reading last week when I came across an article in the May 2018 Smithsonian magazine mentioning a George Harbaugh, an oil magnate from Cleveland who was involved in an automobile accident with a streetcar in 1913. This led to an engineer, James Hoge, inventing traffic lights.

Now when you do genealogy for awhile and you’re reading for pleasure, surnames are certain to pop up from time to time and you just lose the drift of the story to think, “How is that person related to me?” or “Do I have that individual in my tree?” I have entered every Harbaugh that I’m aware of in my Main Tree on Ancestry.com and MyHeritage.com so I decided to try to hunt down this George Harbaugh and attach the citation.

I thought this would be a quickie find but it took a few minutes longer than I anticipated. My first problem was that I have 132 George Harbaughs in my tree. I tried to eliminate by location and death dates but it was still a lot to go through.

Seeking a shortcut, I went to the Library of Congress’ Chronicling America site in an attempt to find the newspaper article the story mentioned. Couldn’t find it. And of course, they didn’t reference it in the magazine.

I could have checked other newspaper sites but I suspected the article didn’t have much more information I could use to identify George so I simply googled “George Harbaugh” oil Cleveland. Interesting, what came up was a pdf from the Cleveland Landmarks Commission of all of the demolished homes. Sure enough, there were 4 residences for Harbaughs and that gave me a clue. The first was for a A. G. Harbaugh. The home had been built in 1888 at 2022 E 89th Street. I guessed that the “G” might have been George and I had been looking for a first name George and not a middle name of George. George is a favored name with the Harbaughs and I should have remembered that many of them use their middle name as their first name. I have no idea why they do this. The family isn’t German, however, they did live among the Pennsylvania Germans for many years and maybe that’s where it started.

The 2nd Harbaugh on the pdf was George Harbaugh and his home had been built in 1898 at 2021 Cornell Road.

The 3rd Harbaugh was entered as Harbaugh Residence. Built in 1903, it was located at 11402 Bellflower.

The 4th residence was of most interest; it belonged to Charles Harbaugh who built it in 1904 at Euclid near Cornell.

I knew I was on to something as Euclid was the street where the accident occurred. I might be able to find a connection between Charles, the mystery George and A. G. Maybe that dinner party had been at Charles’ home!

Back to my list of people in my tree, I decided to check out A. G. first. Aaron George Harbaugh (1845-1897) was born in Ohio and died in Cleveland. He had 1 daughter, Malinda, and 3 sons, George Edward, Charles Reiber and Frederick. My mystery George was George Edward.

Born in Cleveland in 1871, he eventually moved to San Diego, California where he died in 1940. Which is why I didn’t quickly find him. I erroneously thought he would have remained in Ohio.

This fun little exercise reminded me of the importance of not making assumptions; I had wrongly excluded George Edward based on his death location.

It also reminded me of how impatient I often am waiting at traffic lights. I’ve often joked my favorite country in the world is Belize because UnbBelizably, they only use 3 of their 7 traffic lights and I’ve never had to wait at any of them.

So the next time you’re waiting for that light to change, think of my husband’s 5th cousin, 3 times removed. Because of George Edward Harbaugh’s lack of paying attention, the world’s a little safer (and slower) today.