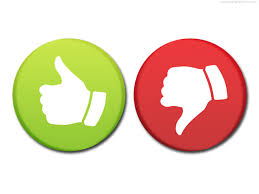 that I did not receive certification. Two judges said yes and one, no. My portfolio went to a fourth judge for arbitration who agreed with the no – insufficient for certification.
I was looking forward to the rubric results but I’m a little confused by them. For example, on the ratings for a Case Study, Judge 1 said I partially met 5 standards and 2 standards were undetermined. Judge 2 said I met all the standards and Judge 3 said I met 5 standards and partially met 2. That’s a wide disagreement!
Further clarification regarding the ratings is also given. That, too, varies greatly from judge to judge. Judge 1 wrote “…Court proceedings’ information is described as “secondary” and the hospital admission information as ‘firsthand.’ When informants and their ability to know facts are unknown, information can only be considered as ‘undetermined.’ (Standard 36)” I agree but I knew and wrote who provided the information; the hospital information was given by the subject of the Case Study as she signed the document and the court information was provided by her sister, who was named and attested she was the sister.
Judge 2 did not include any comments about the Case Study. Judge 3 wrote, “…Research extends to commonly used sources and the use of hospital and court records for [subject’s] insanity hearing and institutionalization is well done…”
All 3 rubric results follow this same pattern for the remaining portfolio submissions.
I don’t think the Genealogical Standards are subjective. I’m unclear, though, how I received ratings and comments with such variance all based on the same Standards.
I was hoping that the rubric would benefit my growth as a genealogist because I don’t know what I don’t know. Instead, I’m left with trying to determine what I’d improve upon. One judge noted, “…There are minor capitalization and punctuation differences between the original and the transcription…The research plan demonstrates awareness of commonly used record groups; however, attempting to anticipate all contingencies at the outset interferes with efficient focus…” while another stated, “The document is accurately transcribed and abstracted, background is carefully described, and a thorough research plan is proposed.” So, should I made a thorough research plan or not? I have no idea.
I thought about posting all but the BCG supplied document on my website, genealogyatheart.com, but decided it might not be a good idea as three of the entries were generated for clients and there is a lot of personal information included. I did have permission from all of them to use for the portfolio but posting online is another matter. I also thought about posting the rubrics but I don’t know how that would benefit anyone without seeing the portfolio.
In reflecting on almost the past two years since I decided to pursue certification I think the process was worth it. I did spend a lot of time away from my family and I’m not ready to do that again. For now, I won’t be reapplying any time soon. I plan on continuing to research, write and learn. Maybe I’ll change my mind some day but for now, that’s my plan and I’m good.